By Sarah Belhumeur
AIAS Foundation Scholar at the 2017 D.I.C.E. Summit

My name is Sarah Belhumeur and I am a WomenIn scholar for the Academy of Interactive Arts and Sciences. I am studying 3D Animation and Game Design at Maine College of Art. This past week, I was sent to the 2017 D.I.C.E. Summit in Las Vegas. Flying to Las Vegas from Maine held it’s own host of challenges including 48 hour long days and flight delays; only the necessary evils of long distance travel. However, the entire experience was truly the experience of a lifetime. The Summit was filled with thrilling talks, brilliant people, and inspiring events that are unique to D.I.C.E. itself. The smaller and more intimate environment helps to build relationships and foster intellectual discussion. As a scholar at the event, my goals were simple - to learn as much about the industry as I could through the talks and private discussions with industry professionals. Essentially, my goal was to find friends and mentors with like interests as myself and to have an educational and professionally engaging week. I kept an open mind going into the conference, not fully knowing what would happen or who I could meet. The unique roundtable discussions inherently support this type of discussion that I looked forward to, but the award show, parties, and talks are equally exciting, especially to someone who is new to the industry.

The roundtable discussions shine as one of the best features of D.I.C.E. because they are not available at other game development conferences. As a scholar, it gave me the unique opportunity to sit with industry professionals who have been working in the industry for five to thirty years and pose a dialogue about industry topics. In no other setting would I be able to surround myself with such a large collection of important minds to discuss the world of games. The discussions are also curated by leading industry professionals who work frequently with the topics at hand.

I had three round tables in my time at D.I.C.E. The first was with Alan Gershenfeld, co-founder and president of E-Line Media, who led a discussion about designed futures in games. Many games have negative or dystopian views of the future, set in war torn worlds and apocalyptic lands, but games have the power to influence modern technology in positive ways as well. Games have the ability to imagine up marvelous realities and can spur inspiration in inventors and engineers, similarly to how Star Trek influenced mobile phone design. Creative game medias set in the future have the power and potential to influence it. This was a common topic at D.I.C.E., one that was brought up by Jeff Kaplan and Rob Cunningham in their talks during the first day. Jeff Kaplan talked about Overwatch and how each city map is designed to be a positive outlook on that location’s future. For example, Iran is not war torn and broken, but technologically advanced and healed. Rob Cunningham, with Blackbird Interactive, spoke of a project made in collaboration with NASA to show how life on Mars would realistically function based on scientific research. These two different approaches to game development designing future worlds both have something in common; a bright outlook on what technology and humanity can do for the future. What if one of these interactive experiences inspires someone to make them more of a reality?

My second round table was with Attila Szantner, co-founder and CEO of Massively Multiplayer Online Science, and he introduced the topic of serious content in videogames. How are social issues, educational material, or real life scientific fact being used in video games? The first thing that came to my mind was Virtual Reality. There are VR games designed to help surgeons practice operations, horror games meant to terrify rather than entertain, or games designed to give the viewer a simulated experience of refugee life. We also discussed the representation of gender in games. Gender is often represented as either a very strong man or a very sexual woman, but gender is a sliding bar. Players are more likely to relate to a character that looks like themselves and for many LGBTQ players, the strict female and male gender presets can be ostracizing. In all of the many ways that serious content in video games was discussed, we always included consideration of audience and designer intent. Serious content has the ability to make a very powerful impression, so what is the responsibility of the game designer to include some more serious topics in their gaming narratives? How does this affect their players? Making games purely for entertainment is never a bad thing, but these questions should be considered as well. Here, I only touch upon many important points focused on this topic, but this is the importance of roundtable discussions where we can further break down and analyze these important points.

My last roundtable was with Kate Edwards, the Executive Director of the International Game Developers Association, and she introduced the topic of culture building for game worlds and game companies. We discussed diversity both in the game and in the team building it. When a team builds a game, they create cultures in the world they builds and in the communities that form outside of them. It is important to be aware how other cultures will react to all aspects of the narrative. This is about choice and target audience, who is the team choosing to distribute to and how is the game designed for that specific audience? If a game is being sold to a certain market, it should be aware of what that market would or would not allow. For this reason, it is very important to have varying representation in a development team, especially representation that coincides with cultures or ideals being built into the game. For example, teams building a game about Russian history may want to include a specialist on Russian history in their team. Telling a story is often about letting the right people tell it, so that we, as game designers and developers, don’t tell someone else’s story for them, especially culturally. This also helps to keep the game culturally accurate.

These are only three of the many topics available for round table discussions at D.I.C.E. I have gone into some detail for each topic to show the huge scope of each one. The roundtables have an introduced topic, but the discussion flows naturally and organically to many different corners of the ideas proposed. All of the topics are so prevalent and so important to game development. Not only are the topics fascinating, but the people sitting at the table with me have incredible experience and are just as eager as myself to discuss topics about what they love to do. I was able to discuss these topics, ones that are so important to my own position in game design, with international professionals who all have very unique views.

I would also like to speak briefly about other events at D.I.C.E. that left a huge impact on me. Jeff Kaplan’s talk about Overwatch and inclusivity in game design was one of the best talks about game design I’ve ever seen. It was a clear favorite for many at the convention, but I think it resonated most with artists and designers like myself in the industry. He spoke about how inclusivity of character and team automatically leads to diverse characters. Narrative and character design seem like such small components for a first person shooter, but these details in the game are what I believe turned Overwatch into being truly incredible - and what won it game of the year at D.I.C.E. and GDC. The narratives thrive with inclusivity and open minded storytelling and the map design is beautifully futuristic and positive. The character design matches these values, but it is also clear and engaging, with unique character silhouettes and energetic poses. 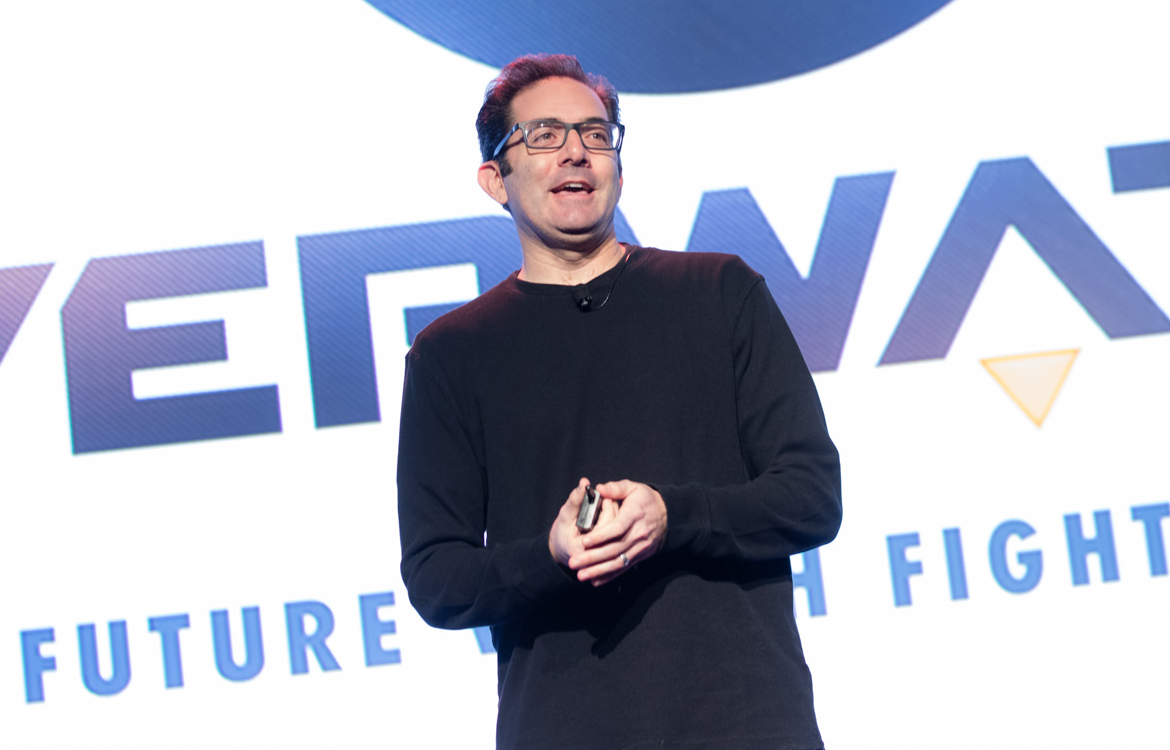 This leads me to the final night of D.I.C.E. at the Awards Show. Noodlehaus animated a powerful introductory video to kick everything off and raised excitement with all of our favorite video game characters. The show, above all else, is inspiring. The leading games of 2016 along with their creators are present and, as a scholar, I am surrounded by everything I have studied and everything I aspire to be. Excellence, boundary breaking ideas, and intelligent design are honored in this setting. These are my goals as an artist in the game industry, to make games like these -  games that I believe in.

This is what D.I.C.E. is all about. To me, as a scholar, a green artist in the gaming industry, this event will stay with me throughout my career. As I have raved about the event, I should also rave about the industry of welcoming professionals, eager to hear about what I do and support my career as I kick off the ground running. Their support is unbelievable and this is my first experience at D.I.C.E.!